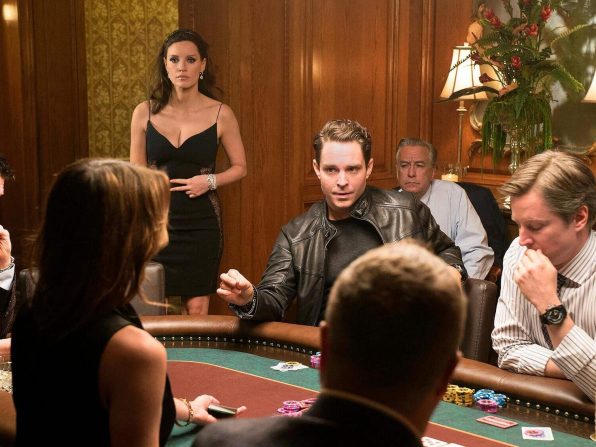 Casinos in films increasingly feel like a whole different world from the ones we visit in real life. How often do you find yourself sat next to a guy in a big cowboy hat when you’re casion games or online slots? But for all their clichés and fanciful characters, casino movies continue to be nail-bitingly thrilling and entertaining. So to celebrate the very best of the genre, here are our top 5 casino film scenes of all time.

The release of Guy Ritchie’s Lock Stock and Two Smoking Barrels was a turning point in British cinema so it has to feature in our top 5. It marked the beginning of a stylish, new, rock and roll crime genre that could hold its own against the best from Hollywood. In our next film scene we watch our protagonist Eddy’s devastation after losing £500,000 to a powerful crime lord. Richie’s up close and surreal camera work provides an intimate glimpse into the lows that inevitably accompany the highs of gambling.

Our next film is the aptly named Casino. Everyone at gamblingwatch.org.nz loves this movie, if you haven’t seen it yet make sure you watch it. Robert De Niro stars as a wise-talking boss who’s invited to front the mob’s casino operations. This scene, taken from early on in the film, shows why De Nero’s character Ace is the right guy for the job. Level-headed and ruthless, he orders a man to be picked up and thrown out of the casino – head first.

In our next piece of Hollywood gold, Dustin Hoffman stars alongside a fresh faced Tom Cruise as an autistic savant called Raymond. Raymond is forced to apply his prodigious calculating skills to card-counting and the scene shows why Hoffman earned an Oscar for his performance. It also spawned a number of copycat film scenes including the one from the Hangover, we mentioned earlier.

Casting four unknown actors in the Hangover film was a big gamble. Fortunately, it was one that paid off when the film became the highest-grossing R-rated comedy in US history. In this memorable scene, Zach Galifianakis’ odd-ball character Alan, uses his card counting skills to win $82,000. The time-lapse effects, borrowed from the 2008 blackjack film 21, helped seal the deal in making this scene a Hollywood classic.

Daniel Craig was a surprise choice for the 2006 film but quickly won fans over with his steely performance and tight blue swimming shorts. In the hit film, Bond thwarts villain Le Chiffre’s money-making schemes, forcing the terrorist-come-financier to organise a Texas hold ‘em tournament. In this next scene we see the two battling it out in one of their first card duels. After a high stakes game, Le Chiffre reveals his winning hand with the surprisingly un-villainous line: “Oops!”. A worthy winner in our eyes.

So that’s our roundup of the top 5 casino film scenes of all time. And if you prefer your casinos without the drama, dodgy characters and occasional violence, check out the casinos we promote in this blog for the best slots and bingo games.